Batman: The Animated Series – The 8 Darkest Moments Of The Series

What exactly does the Second Amendment guarantee?

What are secured loans and where can you get one?

If you think Wusong Road’s “Chinese Tiki” concept is unique, think again. Confusing? Sure. Problem? Agreed. But the Chinese Tiki is not new. A quick Google search for “Chinese Tiki” will bring up seven other similarly themed restaurants in the state of Massachusetts alone. Some of these establishments operate under the label “Chinese Tiki” or something similar, such as “Cantonese and Polynesian”, while others have been more implicitly considered “Chinese Tiki” by Google’s algorithmic calculation, based on keywords from reviews, menus, and websites. Wusong Road follows the former’s explicit characterization mode: its website describes the new restaurant and bar as “American Chinese cuisine and a tropical Tiki escape”.

Chinese Tiki establishments can be found all over the United States, especially in major coastal cities. Wusong Road is not alone in marrying Chinese and exotic tiki, nor is it a revival of the practice. Wusong Road is the latest, more modern and stylish iteration of a tradition that runs through the fabric of culinary history.

On the website, chef-owner Jason Doo insists that the establishment “is not intended to be a ‘political’ or ‘social’ commentary on Tiki culture”. I would push back and ask, how can Chinese Tiki not be political? Of course, diners enjoying a weekend dinner probably aren’t thinking about the illegal overthrow of the Hawaiian monarchy, the American military occupation, or the facetious history of white American attitudes toward Chinese food. Of course, Wusong Road may not be intentionally perpetuating harmful stereotypes about Hawaiian and Chinese women. However, it is essential to contextualize the history of oppression, colonialism and cultural exchange in which Wusong Road operates.

By its very nature – ethos, design, food – Wusong Road is the result of the living legacy of the American empire, occupying a position in both culinary and wider American history. The Chinese Tiki comes with a messy set of implications, fueled by tangled histories of Chinese ethnic and racial identification, assimilation, colonization of the Hawaiian Islands, American militarism, Cold War anti-communism, of enactment of American liberalism and capitalism, and more. This review will offer insight into the history of Chinese-American cuisine and Wusong Road’s intervention on a long-standing political history.

Let’s break these dynamics down: As part of a digital archive project called “150 Years of Chinese Food in America,” a group of UCLA students cite that there are “more than 45,000 Chinese restaurants in the United States. United, more than the number of McDonalds, Burger Kings, Kentucky Fried Chickens, and Wendy’s, combined. It’s safe to assume that most of these restaurants aren’t Tiki Chinese, Polynesian Cantonese, or any other ambiguous permutation. Immigration after 1965 resulted in a significant diversification of Chinese cuisine, as immigrants from different regions of China – for example, Sichuan, Hunan, Beijing, Hong Kong, etc. – brought with them their localized culinary traditions.

The Chinese tiki holds a unique place in the history of Chinese cuisine. Dr. Tanfer Emin Tunç, a professor in the Department of American Culture and Literature at Hacettepe University, places its peak in the 1950s. In “Chop Suey and Sushi from Sea to the Shining Sea”, Tunç wrote that in the 1950s 1950, “most of these restaurants shared the same culinary palate – anything with pineapple or maraschino cherries suddenly became Polynesian or Hawaiian – and aesthetic, confusing a variety of Asian and South Pacific cuisines and cultures in menus decorated with hula girls and kitschy tiki artifacts.” She references two California-based Chinese Tiki restaurants, the China Trader and Don the Beachcomber chains that “served a number of Hawaiian foods and drinks,” while their menus “deployed sketches of relaxed, sexually accessible Hawaiian girls for selling cocktails, exploiting another culture in the same way Chinese culture was prostituted.Restaurants like these have not only bastardized Hawaiian aesthetics to line their walls and decorate their bars, they have also participated in a history of sexual violence that exploited and fetishized Hawaiian women The sexualization of the sacred hula tradition filled seats in so-called “authentic” Chinese and Polynesian restaurants.These Chinese restaurants, owned by Chinese or non-Chinese , catered to white customers by offering getaways in a tropical-exotic-oriental hybrid.

Wusong Road chef-owner Doo explains, “I grew up in my parents’ American Chinese restaurant… Scorpion bowls, pupu platters, zombies, Mai Tais and Beijing dumplings were all dishes standard… these dishes and drinks for me were Chinese, because if anything Chinese the food is very adaptable and will always change to serve the local taste.” In a place like Cambridge, Doo offers Wusong Road as a tropical escape, while pointing out that the restaurant “deliberately lacks many of the totems and imagery from Maori mythology commonly found in Tiki bars.” Wusong Road is also absent from images of sexual exploitation of Hawaiian women. Does this mean that Wusong Road loses all its political implications and critical potential? I do not think so. The interior of the restaurant is still mostly decorated with blends of Hawaiian culture and aesthetics. These decorative pieces are steeped in reminders of empire and the impact of American capitalism and militarism on Hawai’i, as well as on Chinese Americans.

Analyzing the aforementioned example of the Don the Beachcomber restaurant chain, which ironically was started by a white male from the southern United States, Tunç reveals that “[the restaurant] depicted imperialist maps and was decorated with naked hula girls. She goes on to argue that these depictions “attempt to counter fears of Chinese immigrants as unassimilable yellow perils by comforting American society with entertaining antics and gratuitous sex.” Don the Beachcomber had lasting impacts on white American perceptions of Chinese immigration and how Chinese Americans viewed themselves. Tunç provides insightful analysis, as many Chinese restaurants serve as a space in which Chinese Americans grapple with their own racialization, forced to hash out their racial identity to respond to calls for assimilation from capitalist, multicultural society. American. For white consumers, Chinese restaurants have historically served as playgrounds for venturing into the so-called unknown, the “Orient”.

Chinese cuisine has a long and checkered history in America and has undergone countless different iterations, evolutions and reinventions. This culinary exchange dates back to the 1700s, when Western merchants first landed in Chinese ports. Like Doo, I agree that Chinese cuisine was – and is – a path for some Chinese to find economic survival, and for others, success. The adaptability of Chinese food allowed it to become the sensation it is today, however, I would again reject Doo’s willingness to assert that the adaptability of Chinese food necessitates the birth of the Chinese Tiki.

The Chinese Tiki subsumes Hawaiian culture and appropriates its aesthetic under the ambiguous guise of Chineseness – that which defines or is associated with Chinese ethnic identity – rendering an already unequal power dynamic absurd. One thing is certain: Hawaiian cuisine and culture are totally different from Chinese cuisine and culture. The two are not synonymous and wrapping carefully selected aspects of Hawaiian culture and aesthetics within the fold of Chinese cuisine erases individual identities and divergent historical challenges.

Looking at the complicated tangle of the Chinese Tiki, the concept is hardly a tropical paradise escape fantasy. Where do we, as patrons, owners and detractors of Wusong Road, go to escape? And why? Exoticism and the Orient, images shaped by oppressive white hands, seem like a hellish landscape in which I surely don’t want to land. Right in our backyard, Wusong Road gives us something more than mai tai in fancy cups and $8.88 dishes. What happened is an opportunity to question our own interactions with American imperial history and the food that crossed the oceans as a result of this devastating conquest and colonial project.

—Editor Hannah Tsai Kim can be reached at [email protected]

This is how Carlos Rivera responded to criticism of the alleged aesthetic arrangement. New Castlevania game set to be based on Netflix show 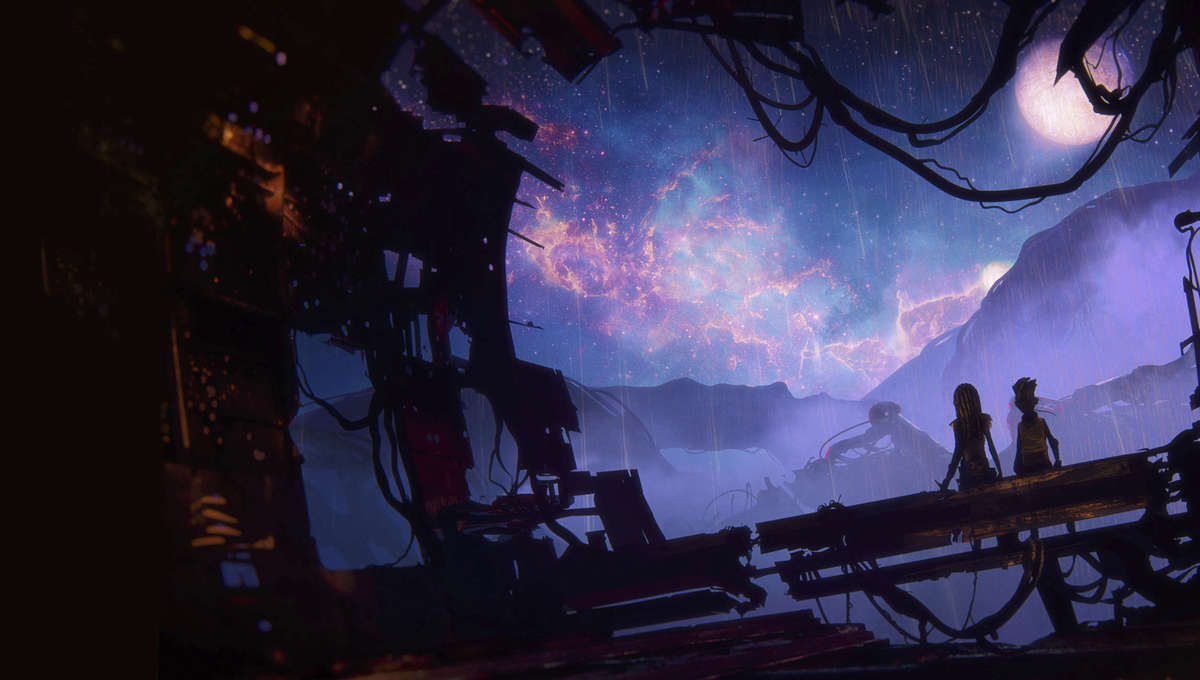 Why we’ll be watching the Netflix animated film “Wish Dragon”