The Davis brothers of Greensburg would like to open a museum dedicated to vintage automobiles.

“It would be our retirement dream,” said 62-year-old Dave Davis. He is the most mechanically gifted of the three local brothers who all own vintage vehicles – an interest inherited from their father, Robert.

They collected about 20 vintage cars among them, along with retro engines and a John Deere tractor from the 1940s, enough to form the nucleus of a museum.

“We’d like to expose them to the public so we can share the stories behind them,” Dave Davis said.

Not that they haven’t had the opportunity to show off their meticulously restored rides to onlookers on special occasions.

Dave Davis and his brothers Guy, 66, and Bob, 77, are all members of the Latrobe-based Western Pennsylvania Region Antique Automobile Club of America. They entered their cars in club-affiliated shows and drove them in parades and weddings.

On several occasions, Dave Davis drove his 1927 Buick Roadster in Ligonier’s Fort Ligonier Days Parade. His family is only the third to own the car. “It was originally sold at a Buick garage in Ligonier that year,” he said.

Originally sold in Boston, the Packard has been in the family since the 1950s, when the father of the siblings acquired it. In 1984, he carried former Vice President Walter Mondale to a local fair during his failed campaign for the presidency.

“They checked below for bombs, and they had Secret Service people standing on the running boards,” Guy Davis said.

Most recently, he lent the car to use as a prop outside the Saint Vincent College theater in Unity, during performances of a Cole Porter musical. The car also carried the winners of a local Rotary Club spelling bee in Greensburg holiday parades.

Guy Davis, a Navy and Air Force veteran who works as an archivist at Saint Vincent College, taps into his love of history when he restores his cars as close to their original condition as possible. .

His five years of restoration work paid off when the Packard won a Grand National award at an AACA show.

“That means it’s 100% correct with the original details,” Guy Davis said. “Now it can receive a preservation award if I can keep it in the same condition.”

Scheduled to make another appearance at this year’s Fort Ligonier Days, the car is undergoing work on its fuel pump and tank. Guy Davis said these are among the components of older cars that can corrode when exposed to modern gasoline blends for a long time.

“There’s so much ethanol in it,” he said. “It contains a lot of water.”

A 1939 Lincoln Zephyr owned by Davis’ youngest brother, Indiana resident Mark, made a cameo appearance in “The Christmas Tree,” a 1996 holiday TV movie that was filmed in the area and directed by Sally Field. Guy Davis came along for the ride, as the driver of the car.

The Davises and their friend Erick Wigginton of New Stanton took several of their vintage cars on a recent cruise organized by the Catholic Diocese of Greensburg. But their snazzier cars played second fiddle to a 1947 Dodge long-bed pickup they only partially restored.

“This old beat up truck got the most attention,” Guy Davis said. Fans clamored to pose for photos with the post-war Dave Davis and Wigginton utility vehicle rescued from likely end in a salvage yard.

They found it deteriorating in a small garage in southwest Greensburg with fallen running boards, a shattered cab, and a scorched dashboard.

“We pushed the cabin back and put in new windows,” Dave Davis said. “There was no more wood in the bed. We put in older wood to give it an authentic look.

One of the rarest cars in the Davis collection is a 1923 Benz, produced before the merger that resulted in the Mercedes-Benz company. By request, Bob Davis transported it to Indiana in 2011, driving it around the Indianapolis 500 racetrack to celebrate the site’s 100th anniversary.

Bob Davis hopes the community of classic car enthusiasts who have provided such delight to his family will also remain strong.

“I would like more young people to get involved,” he said.

Next TIME Studios to begin production on two NFT-based series 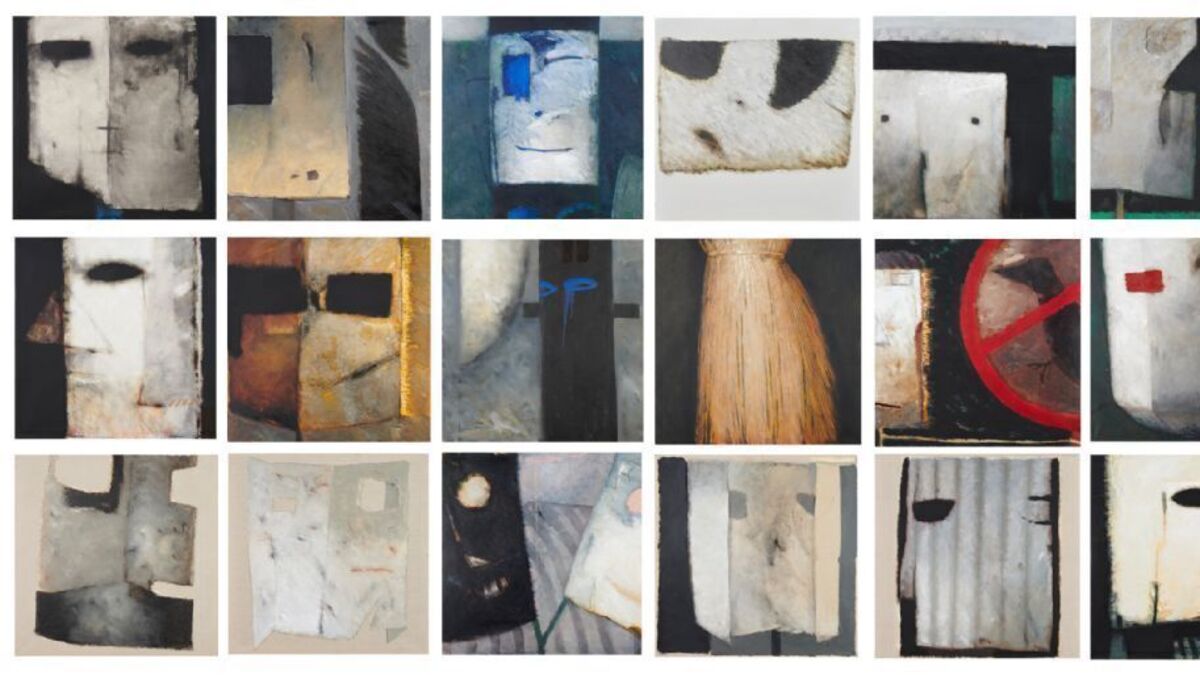 A story of scarecrows, sculpture and affordable art