The best modern and antique medallions

From its opening dance number/credit sequence to John Cena’s acclaimed performance as the eponymous character, the DC Extended Universe spin-off series Peacemaker – which picks up shortly after the events of the 2021 film The Suicide Squad – proved to be both a popular and critical success. Created by James Gunn, who wrote and directed The Suicide Squadthe series premiered on January 13, 2022 on HBO Max, with a second season slated for next year.

OK, fine, you might be thinking, but what about the quantum closet and the caterpillar cow and the alien butterflies burrowing into the human brain to take over their bodies? And, more importantly, what about the scene-stealing Eagly, the bald eagle and Peacemaker’s best friend, who plays a significant role in the proceedings?

All of the above, and more, is the work of New Zealand-based Wētā FX, whose exemplary visual effects are, well, pretty much everywhere in the vast world of M&E. To learn more about Wētā’s singular contributions to the DCEU series, we chatted with visual effects supervisors Guy Williams and Marc Gee, who were more than happy to dive deep into the process of creating raptors, cows, and more. -cats and other fantastic elements of the Peacemaker universe.

In the first part of our interview, they discuss creating Eagle, which both Williams and Gee agree was by far the hardest part of their job.

AWN: Eagle is an incredibly realistic bald eagle. Where did you start and what did you use as a reference?

Guy Williams: In fact, the most important directive we received from James [Gunn] was that Eagle had to be real. He’s not a raccoon-like character with a sarcastic attitude. He doesn’t have a cup of coffee in the morning and talks to you at breakfast. It’s just a bald eagle. “But,” he says, “with that in mind, imagine that it’s the smartest bald eagle of all the bald eagles on the planet. It’s the one that crowns the IQ curve. of what a bird can do, the smartest of bird brains. Those were our marching orders.

So our animation team worked with James to try to figure out what that actually means. We’ve gone through all of these reference materials on real birds. And not just bald eagles, some of our ideas came from a parrot. But we were trying to find naturalistic references that show what a bald eagle’s version of an emotion is. The closest we got to breaking that rule was in the car scene, where Eagly has his head out the window. There was a lot of back and forth trying to figure out if it looked too much like a dog, and we were trying to figure out if an eagle even had a tongue to wagging in the wind.

I know our animation team had a great time. Charm is trying to figure out how to portray emotion without overselling it and stepping out of your very limited dashboard of responses a bird can give – how to stack them up in a way that you understand emotion, but you don’t. feels like it’s personified.

Mark Gee: We were showing James something and he was laughing and then he was like, ‘Oh, wouldn’t it be cool if…’ That’s what happened with the eagle and the car, which ended up being one of James’ favorite shots of the entire series. But overall, as we went through each episode, Eagly started to have an organic personality. Artists would start animating, and they would find these other little characters to put in Eagly, based on different references. And it was interesting to see how his personality developed over time.

GW: The other thing I would add is that Eaglely’s success was a collaboration. Yes, we did the digital aspect of the creature. We put the feathers on it. But what makes Eagle land so well in these episodes is the extensive collaboration with the director, the DP, the actors. The way John Cena acted 100% like Eagly was really there, and like he was his brother and his best friend. It was the authenticity of the performances around him that made Eaglely successful.

AWN: Wēta does so many complex numeric characters. Was Eagly more difficult to create from a technical standpoint, or was the main challenge just performance?

GW: We knew from day one that Cat-Cow and Eagley were going to be the two toughest things. But cat-cow is only in two episodes, and Eagly is in all of them. And Eagle is not just a bird in the background, circling. We knew we also had to do Eagly on some level, which is technically very difficult.

When we did the eagles on the Lord of the Rings in the original trilogy, we wrote software that placed all the feathers on the bird at equal distances, which is quite important. It’s called “Skin”. And then we treated the feathers as simple square polygons. So the software basically went through each feather one at a time, laid it on the feather below it, and then just moved the birds up in feather stacking order. You got this really slick look at the bird, but it was incredibly slow to run and had a lot of issues. And the feathers still interpenetrated a lot, because you were only looking at their general shape. To shade these feathers, we simply put an anisotropic shader on the surface and put a feather texture on the map. It worked, but, by today’s standards, it’s not going to hold up, especially close to the camera, especially surrounded by reality.

So nowadays what we do is simulate the real feather. The spine [shaft] is a curve, and every barb that comes out of the spine – which are a few hundred per feather – is curved. And then you write shaders to simulate tiny filaments, and filaments of filaments. It’s almost like a tree branching system. If you don’t get this right, you’re not getting the right shading. The feather does not look like a real feather.

So each of these curves is translucent, as if it were a thin, hollow acrylic cylinder, which is what feathers look like. Then, on the rigging side of things, the first version of the bird actually has the feathers resting on the surface. The platform then brings all the feathers straight out of the surface and then slowly puts them back down. But now they properly collide with each other instead of just doing a stacking routine. This allows you to make the feathers really smooth on the surface, but as they go through the curved surface you actually start to see them rolling across the surface. So you shape the feather based on that collision.

It sounds simple enough, but you’re talking about thousands of feathers, and it’s not just A colliding with B. A colliding with B, but A also colliding with C. So it’s almost like A water simulation, you have to move it – it’s not a direct one-pass simulation. And we still have to cheat on some aspects, because there’s no way to do it completely realistically. What we had going for us was foresight. When we read the breakdown in the script, we knew how tough the birds were. We knew it wouldn’t be the kind of thing where you just put it in the pre-production departments, and a few weeks later you get a bird. We knew we were going to have to put a lot of eyes into trying to solve any very specific problems.

GW: We were also lucky to have Jason Galeon as our CG supervisor. He’s like a homing torpedo. We just released him, and he got all the parties together, and had meeting after meeting, slowly going through the process, saying, ‘Okay, we figured that out. Now how do we fix this? ?” The result was that at the end of the show, Eagly was one of the easiest things we had to do. The animation could animate it. We could cook it. We could return it. It was done. We didn’t have to try to fix every shot all at once.

Dan Sarto is the publisher and editor of Animation World Network.

Next What is the point of looking for the aesthetics of the "perfect" house? 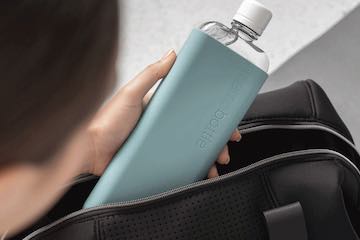 Memories and blues for Bubba